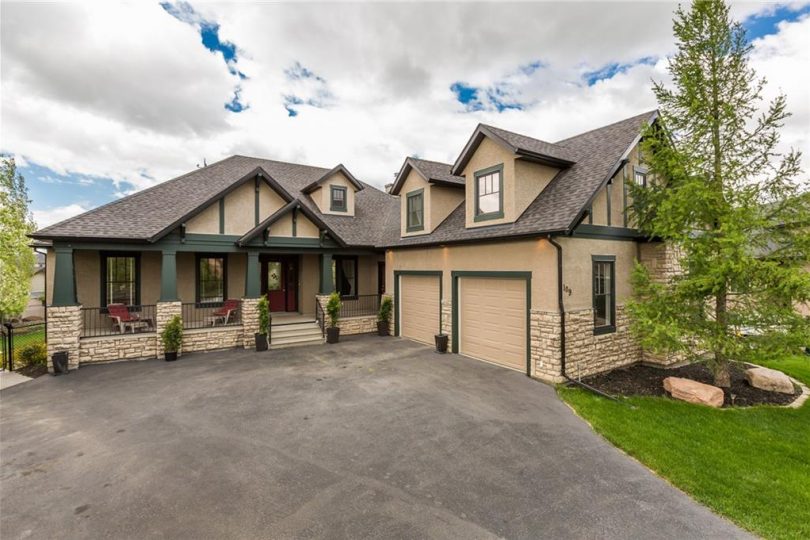 Potential homebuyers have increasingly become interested in the residential real estate markets located in the surrounding communities to Calgary.

And in general, the reason really comes down to price point. It is cheaper to buy a home outside of Calgary than within the city limits.

With the exception of Chestermere, benchmark prices in the second quarter of the year were all lower in Airdrie, Cochrane, Okotoks, High River and Strathmore than in the City of Calgary where it stood at $424,233, which was down 4.25 per cent year-over-year.

Ann-Marie Lurie, Chief Economist with the Calgary Real Estate Board, said generally the market in surrounding communities is experiencing similar trends to what’s happening in the city this year.

“So the amount of listings on the market are starting to come off and that’s helping see that reduction in overall inventory in the market. Now, it’s not necessarily changing the price direction quite yet but it is helping the market move to much more balanced conditions. They’re not there in all of those markets yet by any means but it is a consistent improvement in reducing that oversupply in those markets,” said Lurie.

She added that those markets also face a lot of competition from the new home industry.

Here’s a look at the recent CREB Q2 2019 Calgary Economic and Housing Outlook quarterly report and what it has to say about the markets in the surrounding communities:

Sales activity in the area picked up in the second quarter, offsetting declines from the first quarter. New listings continued to pull back, causing inventories to ease. It is the first time the year-over-year average quarterly inventory has eased since the first quarter of 2017.

“Easing inventory compared to sales caused the average months of supply in the second quarter to improve over both the previous quarter and levels recorded last year,” said the report. “While the Airdrie market remains oversupplied, the recent shift this quarter is helping to ease downward pressure on prices In the second quarter, the benchmark price improved by over one per cent compared to the first quarter of the year, but remained over three per cent lower than last year’s levels.”

“New listings coming onto the market started to ease, enough to cause inventories and months of supply to decline compared to the previous year The reduction in oversupply has helped support more stability in quarterly prices,” said the CREB report.

“Prices remain over four per cent lower than last year’s levels. If the months of supply can stay at or below current levels, this should start to support price recovery in this market.”

Improving sales in the second quarter were enough to offset earlier losses.

“Like many other markets in the region, activity remains below longer-term trends. A change in the pullback in new listings was enough to cause inventories to ease and months of supply to average 4.3 for the quarter,” said CREB.

“This is the first time since 2017 the months of supply has fallen below five months. The improvements in this market are helping to stabilize benchmark prices from the previous quarter. However, overall, prices remain nearly five per cent lower than last year’s levels.”

Chestermere has continued to see a pullback in second-quarter sales.

“The decline in new listings was not enough to prevent further gains in inventories, keeping the months of supply elevated at 8.3 months This market remains oversupplied and prices remain lower than last year’s levels,” according to CREB.

“Following several quarters of weak sales activity, sales rose to levels not seen since the second quarter of 2013. Gains in sales, combined with easing new listings, are starting to weigh on inventories in the market However, on a quarterly basis, levels today still averaged slightly higher than last year,” said CREB.

“The growth in sales helped push this market towards more balanced conditions, preventing further declines in price this quarter compared to last quarter. While benchmark prices may not have slid any further this quarter, they remain nearly six per cent lower than last year’s levels.”

“Weaker demand conditions have persisted in the area, as sales activity has eased compared to last year and remains well below typical levels of activity,” said CREB.

“As of the second quarter, new listings started to adjust to slower sales levels, helping reduce some of the inventory in the market. Despite the adjustments, the market generally remains oversupplied. This has been weighing on prices, which are over six per cent lower than last year’s benchmark price.”