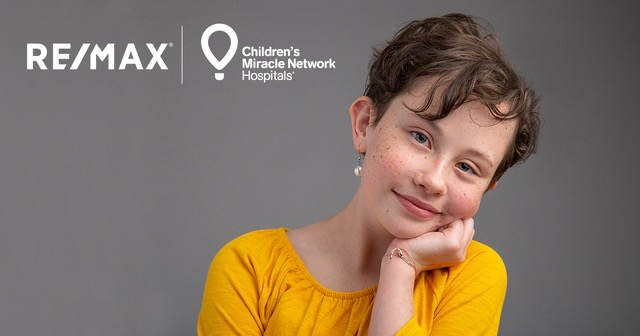 Calgary real estate news, The act of volunteering is a core value of realtors who work with the successful Calgary RE/MAX Real Estate (Central) office.

You could say it’s part of their DNA.

Giving back to the community has become an important core value for people in the office. And that volunteer work can take on so many different capacities in helping those in the community in need.

But it’s also part and parcel of work many realtors undertake for the RE/MAX brand.

Chantelle Grenier, who is a realtor with Central, has been chair of the RE/MAX Children’s Miracle Network committee for at least 12 years.

“We’re one of the only actual committees in Canada where we literally have our own citywide committee that’s made up of realtors from all the different offices in our city,” she said.

“The Children’s Miracle Network partnership with RE/MAX is actually international – so both United States and Canada.”

Grenier said the committee believes it’s important to educate every one of the RE/MAX realtors in the city on the partnership with the Children’s Miracle Network and RE/MAX, how they can help the hospital, what the hospitals are about, where their money is going, and why it’s important they raise money for the hospital because it’s such a worthy cause.

In August, the Month of MIracles campaign is coming up – a nationwide campaign to raise money for the Network.

In 2018, the people at RE/MAX Real Estate (Central) reached a major milestone when their donations and contributions to the Children’s Miracle Network surpassed the lofty $1-million mark.

Throughout Calgary, said Grenier, RE/MAX holds different fundraising events throughout the year. Events include a successful bowl-a-rama as well as numerous other unique activities to raise money for the cause.

“They’re social events that bring our RE/MAX realtors together because so many of us do deals that we never actually see each other in person. So it gives us a chance to actually meet our colleagues and see them in a social environment and come together for a good cause,” said Grenier.

Realtors at RE/MAX volunteer their time in many different capacities and all that work goes toward identifying and illustrating the values that the RE/MAX brand stands for in a community. For example, Laura Oyen, a realtor at Central, is on the RE/MAX Group Advertising Committee.

“It’s basically promoting the RE/MAX brand in the biggest, broadest way possible,” said Oyen, who has been involved for the past 25 years. “It’s a complete volunteer committee where there’s one representative from each office and I’m the representative for RE/MAX Central. Usually, once a month we get together and all the realtors pay monthly dues and our committee finds out the best way to allocate the money to promote RE/MAX in the biggest, broadest way. Things like advertising at the Saddledome, billboards you see around town or at the airport, Spruce Meadows.

“It’s local money so all of us realtors pay into the pot. So we’re spending it to promote RE/MAX locally. Trying to get the RE/MAX name out as big and broad as possible . . . We also do a lot now with social media.

“I enjoy it. I’m a believer in giving back.”