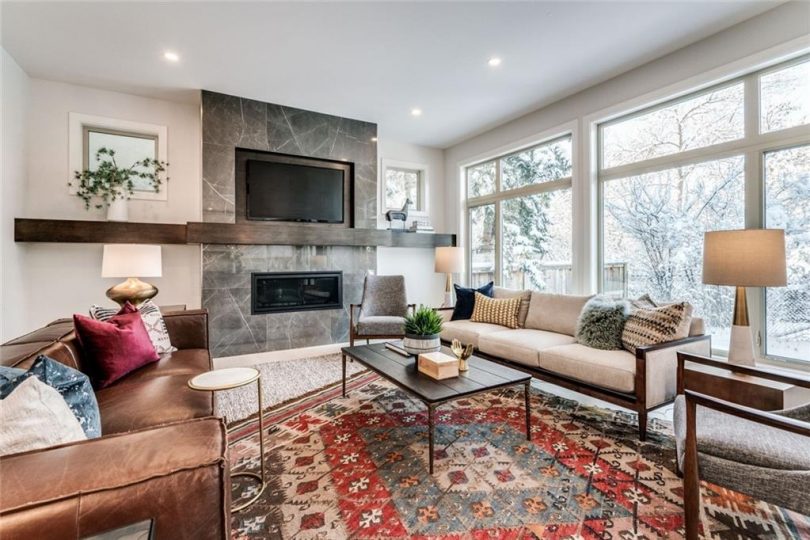 As Calgary’s resale housing market nears the end of the year, MLS statistics for the month of November followed what has been a similar pattern throughout 2019.

Demand and transaction activity during the month was down from a year ago. Listings and the inventory of homes for sale on the market continues to decline. And prices have remained fairly stable with a slight drop from last year’s levels.

Ann-Marie Lurie, chief economist with the Calgary Real Estate Board, said some of the year-over-year decline in MLS sales in November is based on some pull back in the apartment condo sector.

“We’ve actually had some improvements in both the attached and the detached. That’s been fairly consistent most of the year. On the whole when we look at our sales activity, we’re pretty much very comparable to previous years’ levels,” she said. “We haven’t changed much from them. But we’re still below longer-term trends and there are signs of stabilizing – stabilizing at lower levels.

“What’s interesting about the sales to me is that most of the growth is really driven by the more affordable side of the market. That’s where the sales activity seems to be improving. So it’s a market where there’s different trends depending on what you’re looking at.”

Key stats from CREB’s monthly MLS November report and their comparison to November 2018 include:

Lurie said the trend to more affordable housing options is partially due to the struggling economy the city is still facing.

“If we think about what’s happened in our economy there’s been job growth but it’s been in sectors that are traditionally lower paid. We haven’t seen any real resurgence in the energy sector. The growth that we’re having is supporting what we’re seeing in the lower end of the market,” she said. “There’s more of a push toward that affordable product. There’s also the (mortgage) stress test in place which makes it much more difficult for people to qualify for higher-priced properties.

“That combination of those two factors is why we aren’t really surprised that we’re seeing that improvement on the affordable side of the market.”

Lurie said the fact that listings continue to fall as well as the inventory indicates fewer people are putting their homes on the market for sale which is not surprising when you have an environment where prices have been falling.

“If people can’t get a price that they’re looking for, they tend to pull their listing. We’re also seeing a pullback on the new home side as well which is helping basically reduce the supply in the market. We’re seeing that that pullback in inventory is really just a result of less people listing their homes than they used to and they’re adjusting to really the new sales or demand pattern that we’re seeing in the market,” she said.

Lurie said prices continue to ease from what they were a year ago.

“We are seeing the adjustments in sales and inventory slowly occurring but we’re still in an over supplied market and it’s going to take some time before we start to see much more stabilization in pricing,” she said, adding that she suspects the price declines are much higher in the upper end of the market compared to the lower range of home values.