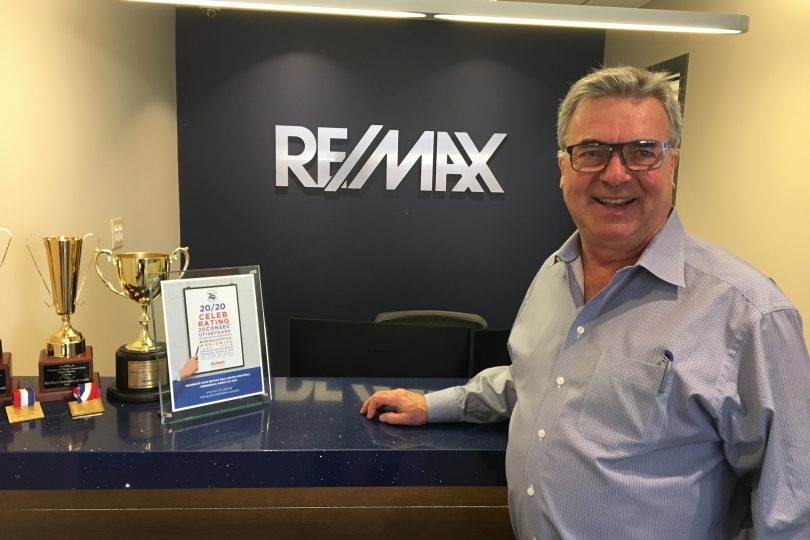 It’s been a busy time for the local real estate industry recently as thousands of Alberta realtors have been preparing and working to renew their licences by September 30.

Every year realtors in the province undertake the process which includes an educational component to it through the Real Estate Council of Alberta, the province’s regulatory body for the industry.

RE/MAX Real Estate (Central) in Calgary has a broker management team consisting of David Eger, broker, Stan Kushner, associate broker/manager/broker designate, and David Lem, associate broker/ manager, who have gone through the renewal process more than 90 times in their careers.

This year the brokers have taken three courses – the manager broker course, the realtor course and the commercial course.

Earlier this year, Central was awarded as the top producing single RE/MAX office in the world in 2018 – for the 20th consecutive year. Central is owned by Pat Hare with his wife Denise. He co-founded Central in 1984 with only 40 agents before growing the office to over 280 agents today.

Here’s a brief look at the company’s broker management team:

Eger has been a realtor for about 18 years and has been involved in real estate management for over 12 years.

“A large part of my career has been in management,” he says. “I’m second generation realtor. My father was a realtor as well and a RE/MAX realtor back in the early days of RE/MAX. I made the decision at the age of 30 to go into business for myself and the one clear thing was I wanted to be an entrepreneur and I chose real estate wanting to have my own business.”

He’s been at Central for three years, joining the office as broker in September 2016.

“Every industry member in Alberta must renew their real estate or mortgage licence for October 1 every year. That entails educational courses. Every agent has to take at least one educational course. People who trade in commercial had to take two and any realtors who are also managers or brokers had to take three courses through RECA.”

Lem has been a realtor since 1990, originally in Thunder Bay, Ontario, where he was born and raised.

He moved to Calgary in 2003 and has been part of Central’s team since this past June.

“There’s two basic divisions here. One is the business development side and I’m on the other side – the brokerage services side – that’s more the day to day in terms of dealing with the agents, dealing with the deals, dealing with the transactions,” says Lem. “When they brought me on, they saw me as sort of branching over to both sides just based on my experience. I’ve brokered a lot of offices where I’ve sort of wore every hat,” says Lem.

HIs first brokerage was in Ontario in 1993. His experience in the real estate industry has touched on many levels. Lem was a board director with the Thunder Bay real estate board and was board president from 1999-2001. He was also a provincial director with the Ontario Real Estate Association. In Calgary, he was an investigator and auditor with RECA from 2003 to 2006.

In his spare time, Lem has a passion for refereeing basketball games for the past 35 years at the national level from colleges and universities to high schools.

Kushner, who has been a licenced realtor since July 1975, has been a broker in Victoria and in Calgary. He was elected to the Legislative Assembly of Alberta in the 1979 Alberta general election and held the Calgary Mountainview Constituency for the Progressive Conservative Association of Alberta as a back bench member in the assembly before leaving politics.

He has also served on RECA.

Kushner has been at Central for four years.

“I’m a broker designate and what that means is that when the broker of the office is away I step in his place,” he says.

One thing people don’t know about Kushner is that he was a member of the music group The Stampeders in its early years as a singer and playing the bass guitar.

“I was part of the original group that was put together a hundred years ago and then I got into real estate and quit the group. They were moving to Toronto and I didn’t want to move to Toronto,” he says.