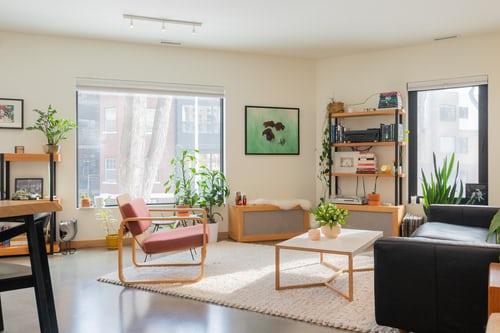 Given the state of the economy in Calgary since 2015 with the oil price collapse and now the ongoing pandemic, you would think that the number of foreclosures of homes in the city would have skyrocketed.

Romana King, a national personal finance and real estate expert, said while some people are forecasting a sharp jump in residential foreclosures this year as a result of the economic havoc caused by COVID-19 that likely won’t happen.

“Historically even in the worst of times, the 2008 Great Recession for example, foreclosure rates never go above 1.5 per cent across Canada. They just don’t. There’s a lot of disadvantages across Canada to foreclosures,” said King, adding it impacts people’s credit rating.

There won’t be a flood of foreclosures to hit the market this year, she explains.

“Our floods are like mini waves. Tiny little waves. You know, it’s a nice calm lake and then suddenly a boat goes by and you get that wave. We don’t get a tsunami. In the States, it was a tsunami down in 2008. Different regulations. Different system. Our regulations are far different,” says King.

“Because we have a national system here of mortgage insurance, when you’re about to default typically if you don’t have a lot of equity in the home a lot of those default insurance programs actually have a lot of incentive to work with you and figure out a way to help you stay in the home.

“So nine times out of 10 you fall into this ‘I’m in trouble’ feeling and they’ll come in, they’ll figure out a plan for you, they’ll extend your amortization, something for you to stay in your home.”

“The unfortunate reality some homeowners may face is potential eviction from their homes or loss of investment properties, but there are many options for both lenders and borrowers to avoid this scenario – with being educated on the process and being proactive. Investors will benefit from understanding how foreclosures work, the many debt settlement options available in the pre-foreclosure stage, and, if in a position to do so, where to find and purchase these unconventional investment deals,” said Jennifer Hunt, Vice President Research at REIN.

“Foreclosures can happen at any time, for a myriad of reasons, and during any phase of the real estate cycle. But foreclosures also rise depending on which phase of the cycle the market is in. Right now, most of Canada’s major housing markets are in the slump phase, which means foreclosures are bound to increase in the next few months. The key for homeowners and buyers is to learn how to pivot while employing all means possible to either protect their properties or expand their portfolios.”

REIN’s Economic Turmoil Formula outlines a series of factors over an 18-24-month cycle that begins with no GDP growth. After 12 to 18 months, other economic indicators include growing employment, population decline, decreased rental demand, increased vacancies and decreased rents. Those factors lead to an oversupply of properties and decreased property prices.

“We have a precipitous drop of GDP from the pandemic since March. Obviously an incredible loss of jobs. Even though it’s slightly improving, it still has not recovered and we have significant job losses,” said Hunt. “And of course, population is impacted in all kinds of different ways but let’s just focus on immigration with the closed borders. So you get those three – the trifecta if you will – of economic fundamentals, really, really down generally speaking across the board.

“And then we see rental markets typically are affected about 12 to 13 months after that economic event and GDP change. After the rental market takes sort of 12 to the 18 months and then at 18 months to two years you see all of that move through the cycle – because those are lagging indicators – and actually show up in real estate prices. We are currently in the technical slump phase although in that beginning phase in most markets it actually feels property values may be going up and there’s that sort of frothy fear of missing out in a hot market. But the supporting fundamentals are no longer there. And as a result of that, based on the guideline formula . . . those economic fundamentals are the drivers and what we expect is that in about 18 months to two years to see those housing prices affected.”

According to the report, market influencers, such as the COVID-19 pandemic, have triggered widespread business closures and the sudden loss of jobs, which means a potential rise in foreclosures in the coming months.

Based on November 2020 data, Hunt said Calgary is in the beginning and middle of the slump but deeper into the slump phase.

But Hunt said other market influencers like a policy change or an incredible change of interest rates can affect how fast the real estate cycle takes place. The longer the pandemic lasts the more foreclosures we will see. Thankfully, government financial support has kept foreclosures down during the pandemic.

“Based on our formula, based on what we’ve seen in the past and economic events, and based on the Bank of Canada’s predictions, they’re forecast, the CMHC’s forecast, we, collectively, those organizations, all see arrears increasing in Q3 of 2021 . . . Is it going to precipitous? is it going to be major? I don’t foresee it like that,” added Hunt.