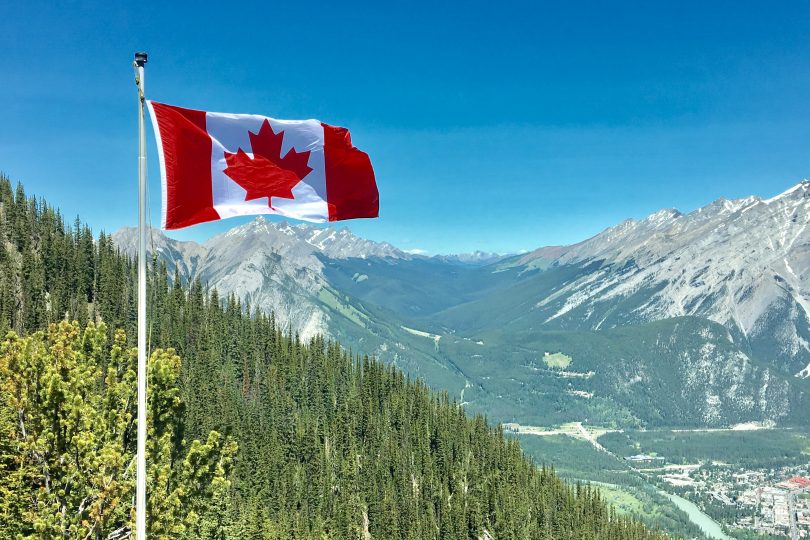 This Canada Day will be a special one for Calgary realtor Geoff Martin.

It will be his first one since becoming a Canadian citizen in February.

And Martin, who is with RE/MAX Real Estate (Central), is looking forward to celebrating July 1 on Monday in a special way.

“I’m really honoured to be a Canadian because we love the country. The kids grew up here. We’ve got grandkids now – two in Kelowna. We’re actually going to be in Kelowna this Canada Day and celebrate it over there,” says Martin.

“It’s going to be great. We’re definitely going to crack open a bottle of champagne for sure.”

Martin came to Canada in 1996 from Australia.

“I’m originally from the UK. Lived in Australia for about five years and then we did our application for Canada in Australia which took about three months back then. And then Mr. Chretien (Canada’s Prime Minister at the time) introduced that landing tax. We had to pay an extra $980 per adult for a landing tax. I remember that one. It was a lot of money back then,” says Martin who came to Canada with his wife and two young children.

At the time Martin was a chef in Australia. The couple decided to move to Canada because they couldn’t stand the heat in Australia as they were living in the tropics. And Martin liked the idea of four seasons.

They moved initially to North Vancouver and from there decided to move to Calgary. At first Martin worked in the Bankers Hall Club as lounge manager and chef for close to two years. In the summer of 1998, he got his real estate licence. He has been with Central since December 1999.

Another Central realtor, Catherine Sinanan, moved to Canada in 1989 from Trinidad and Tobago and became a Canadian citizen about three years later.

She came to Calgary as a single-parent with her two children to join other members of her family who were here.

“It feels good (to have become a Canadian citizen). I really appreciate being a Canadian . . . One of the things I really appreciate is that it’s easier for me with my kids because it was more expensive to live in Trinidad. That’s the one thing I always talk about – how much better it is for my kids in terms of the education.”

Sinanan says it was very difficult for her to initially adjust to the radical change in the weather from Trinidad and Tobago.

“It was just really unbearable. Believe me if I did not have kids here I would not have stayed here because of the weather. That part was really, really hard for me but the reason why I stayed was because of my kids and I’m glad I did because I don’t think I could really live in Trinidad anymore.”

Sinanan says she usually celebrates Canada Day by going down to Prince’s Island Park to partake in the festivities.

On Canada Day, the city will be celebrating with many events across downtown at locations like Prince’s Island Park, Eau Claire, and more. There will be many free family-friendly events full of music, dance, art, and culture. The evening will close with live music at the Tim Hortons Canada Day Stage and The City of Calgary Fireworks Show at 11 p.m.

If you’re interested in learning more about the history of Canada Day, check out the Government of Canada’s website for some interesting facts and dates.

June 20, 1868: Governor General Lord Monck signs a proclamation that requests all Her Majesty’s subjects across Canada to celebrate July 1.

1879: A federal law makes July 1 a statutory holiday as the “anniversary of Confederation,” which is later called “Dominion Day.”