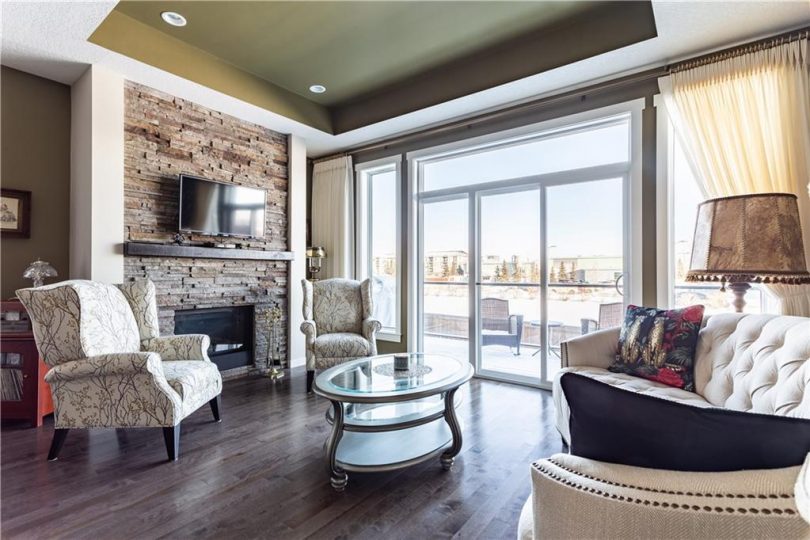 One of the key trends that has developed in the Calgary resale housing market in the past year is a movement by homebuyers to purchase more affordable homes.

The Calgary Real Estate Board has identified a particular appetite for homes valued at under $500,000.

And in general, the trend is helping the markets in some surrounding areas outside the City of Calgary.

Ann-Marie Lurie, Chief Economist with CREB, says areas outside of Calgary do have a slight advantage in today’s real estate market as prices overall do tend to be lower than the city.

“Airdrie, Cochrane, Okotoks, High River. They all basically saw some improvements in their market (in 2019). We did see that shift moving where sales activity improved. We saw that the supply levels started to go down. That’s starting to move towards more balanced conditions.

“I guess the one thing you can say is consistent is that prices were still struggling across all regions. They have been trending down. Obviously some more than others.”

Here is a brief look at each of the surrounding areas and the forecast by Lurie in her recent report:

“Following challenging housing market conditions in 2018, 2019 brought some notable improvements to the Airdrie market. Driven by growth in both the detached and attached sectors, sales activity improved compared to last year’s levels and is now more consistent with longer-term averages. The improvement in sales is likely a reflection of the drive from consumers to move toward more affordable product, especially in the detached market. Airdrie has also benefited from relatively strong population growth over the past several years. At the same time, the number of new listings coming onto the market eased, pushing down inventory levels. There was also a pullback in housing starts in 2019, which will help reduce overall housing supply as we move into 2020.

“Improving demand and easing supply are helping push the market closer to balanced conditions. However, the market continues to remain oversupplied, weighing on prices, which declined by three per cent in 2019. It will take some time before prices stabilize, but if these adjustments continue, we could start to see prices level off in 2020.”

“Sales activity in the town improved in 2019 compared to the previous year, thanks to growth in both the detached and apartment sectors. Cochrane has benefited from strong population growth over the past several years, supporting relatively high levels of housing activity. Since 2014, the population has increased by nearly 9,000 and is now nearly double the number of residents from a decade ago. As the centre has grown, so too has the amount of supply in the market. The new-home sector has added nearly 4,000 new homes to the area since 2014. This has, in part, contributed to the oversupply recorded in the market throughout most of 2018 and 2019. However, in 2019, easing starts and new listings on the resale side of the market started to reduce inventories in the resale market.

“While this market remains oversupplied, if adjustments in supply and relatively stable sales activity persist, this should support more stability in pricing. However, this market remains far from achieving price recovery. The competition from new-home product and the existing supply have caused resale benchmark prices to ease by nearly four per cent in 2019, and prices remain over seven per cent lower than the highs recorded in 2015.”

“Following a slow start to the year, Okotoks saw continual improvement in sales each quarter. At the same time, the number of new listings eased compared to last year, supporting declines in inventory levels and improvements in market conditions. The new-home sector in Okotoks has not seen any significant change in starts activity, which has trended down over the past several years. Despite reductions in resale oversupply in the second half of the year, buyers’ market conditions persisted throughout most of the year, causing prices to ease. In 2019, prices eased by nearly four per cent, resulting in a total downward price adjustment of nearly six per cent since 2015 peak levels. Nonetheless, if the trend of sales growth persists, while new listings ease, this should start to help support more balanced conditions and price stability in this market.”

“Activity in the region showed signs of weakening in 2019. Competition from the new-home sector, and narrowing price spreads between Calgary and Chestermere, might be impacting resale activity. In 2019, sales activity fell and new listings rose. This resulted in inventory gains and rising oversupply. The rising new listings were caused, in part, by a larger share of new-home product listed on the MLS system. With supply exceeding demand throughout most of the year, prices declined. In 2019, the benchmark price in the area was $455,375, three per cent lower than the previous year. Moving forward, the downward pressure on prices will likely persist until there is a notable shift in conditions, whether from easing supply pressures or improvements in demand.

“In 2019, sales activity improved to levels consistent with longer-term trends for the town. However, it was not enough to offset new listings on the market, causing slight inventory gains. Throughout most of the year, conditions generally favoured the buyer, resulting in some downward pressure on prices. However, market conditions did appear to improve in the second half of the year, helping support more stability in prices. While prices mostly levelled off near the end of the year, it was not enough to offset previous adjustments. Overall, prices eased by nearly four per cent in 2019 compared to the previous year.”