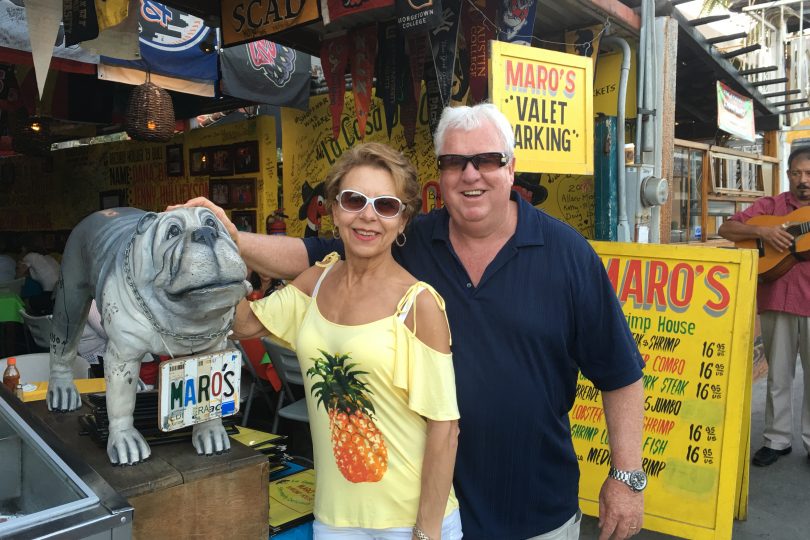 During his lifetime, James Duffin has had two careers that are traditionally considered to be among the most stressful professions anyone could pursue.

First as a firefighter and then as a realtor, which he continues to be to this day. The stresses of those occupations can put a strain on the best of marriages but Duffin, who is with RE/MAX Real Estate (Central), and his high school sweetheart Larissa have navigated through those challenges and recently celebrated their 50th wedding anniversary.

They got hitched on December 19, 1969 and spent their honeymoon at the Banff Springs Hotel.

The million-dollar question for people like Duffin, who have celebrated long lasting marriages, is what is the secret to their success? You just know at some point in a conversation talking about being married for 50 years that question would come up.

“I think it’s a miracle,” chuckles Duffin when asked the question. “When two people stay together for 50 years it’s pretty miraculous. Everyone will probably say the same thing when you’re talking about relationships. Communication is definitely important. If there’s something that’s not right, you definitely have to get it figured out or else things don’t get better, they get worse.

“The two things that are probably the most important things are confession and forgiveness because we’re bound to cross each other’s paths somehow that we don’t like and if we don’t deal with it and one person that maybe was wrong doesn’t confess and the other person doesn’t really forgive then it just festers. It doesn’t get any better. It gets worse.

“Other than that, we love each other and never ever considered anybody else. We have a strong family too.”

Duffin served 16 years as a chaplain for the Calgary Stampeders of the Canadian Football League between 1987 to 2003. He has two Grey Cup rings from his work with the Stampeders. He also considers football legend Wally Buono as a friend. Duffin also was heavily involved with the Athletes in Action program and travelled to Russia with hockey legend Paul Henderson.

He served 32 years with the Calgary Fire Department, also being an arson investigator, and retired as a Captain in 2003.

Duffin has been a realtor for 20 years and has been with Central for seven years.

Helping people achieve their dreams in real estate is something that really excites Duffin. But for James and Larissa, whose nephew is singer Paul Brandt, their passion lies in spending time with their family – two children and now three grandchildren.

Duffin says being a firefighter and a realtor in his career definitely brought stress into his life and the family’s life. But they managed through the power of communication and love.

“We confided in each other and I was honest with my wife every time I was hurting and she was the same with me.  I think being honest in your relationship is imperative. No Secrets. It bonds you together,” he says.