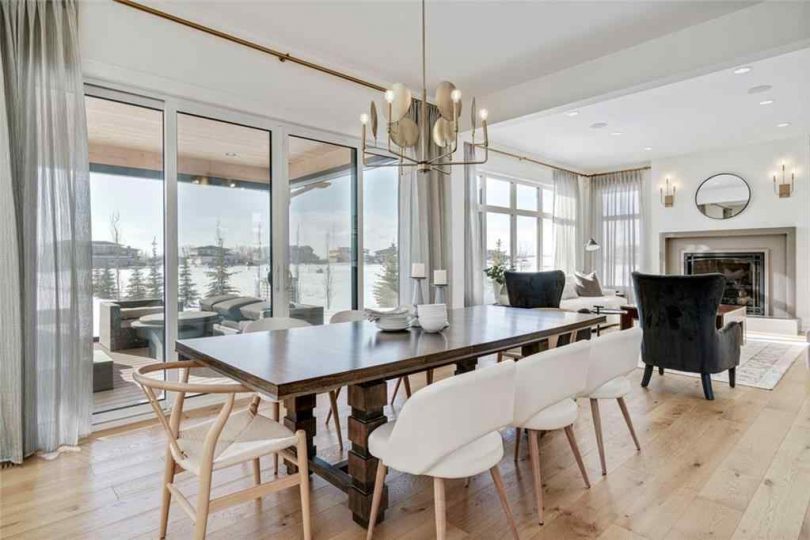 Calgary real estate news: Calgary’s resale housing market continues to experience a positive vibe as MLS sales and prices in October both increased compared to a year ago.

And similar conditions are expected for the rest of this year as the market catches up to demand created by a lower level of activity earlier in the year due to the pandemic.

Ann-Marie Lurie, the Calgary Real Estate Board’s Chief Economist, said the uptick in activity is partially due to the weakness in the market in the second quarter of this year as it faced stiff challenges due to the COVID-19 pandemic.

“We feel that some of that activity is being pushed later into the year. The other aspect of it is the fact that interest rates are so low. We’ve seen interest rates come down and in our market a lot of people were pushed out of the housing market back a couple of years ago when we had higher rates, the stress test came in,” said Lurie.

“But now that we have these lower rates, and the stress test has come down a bit just because of the lower rates and the fact that our prices are lower than they were two years, this has kind of created an opportunity and people are just starting to get into the market at this stage.”

Here are some of the key statistics from CREB’s October MLS monthly report and the percentage changes from a year ago:

Lurie said sales in October are above longer-term trends.

“We’re better than we’ve been for the past five years. We saw very strong activity in October,” she said. “Now keep in mind that even though we’ve had strong activity over the past several months it has not been enough to offset the pullbacks that we had earlier in the year and the year-to-date sales numbers are still lower than what we were last year.”

But the trend in the last few months has been positive. For example, as of November 11, MLS sales of 484 for the month of November are up 17.76 per cent compared with the same period a year ago.

According to CREB, detached sales in October reached 1,139, a year-over-year gain of 35 per cent.

Unlike earlier this year, October’s largest gains in sales occurred for homes priced above $600,000. Easing prices for more expensive homes could be supporting this rise in sales, said the real estate board, adding that detached homes priced under $500,000 are reporting less than two months of supply, supporting some price gains depending on location.

This represents a 15 per cent decline from last year and is nearly 30 per cent below longer-term averages.

Lurie said as the market starts to shift and move forward new listings could start to rise again.

“That sales to new listings ratio we’re hitting in that 70 per cent mark. So that tells us that out of every 10 new listings that are coming on, seven are selling. That’s a fairly high number in terms of what we see in the market,” said Lurie. “That does impact what we’re seeing in pricing. So it’s starting to influence our prices as we move forward.”

She said prices were trending down earlier in the year but they have started to come back up.

“One thing to note is I think this market is very different depending on what price you’re in as well as what product type,” added Lurie. “Much of the price growth is actually occurring in the lower end of the market. That’s where we’re starting to see improvements and it makes sense because the months of supply for some of these areas is under two months. That’s just not a lot when we think about how many sales and supply are in the market.

“In the upper end of the market, prices are still declining because there’s a lot of supply based off of the sales.”

Looking at the rest of the year, Lurie said we can expect to experience similar conditions. Right now, the market is still playing catch up from the levels of earlier this year.

“And there’s enough demand there to actually support us through to the end of the year,” she said.